Lagos and the fate of the Poor by Olufemi Shield 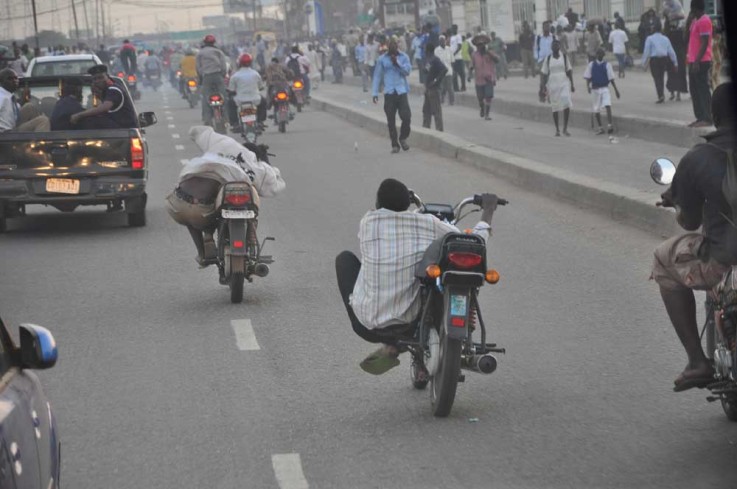 I have been pondering about Lagos and the fate of the poor since the recent ban of motorbikes and Keke Napep by Lagos State Government owing majorly to accidents and security threats.

I have also read many valid views for and against this ban. And as divergent as these views are, they all resonate well.

As an idealist with a sense of obligation towards God and humanity, I wrestle all the time with the question of what is right and pleasing to God in the face of business decisions. How do you merge business and religion or at least ensure that your alignment with one isn’t failing the other. How do you dominate your industry without hurting the poor or going against your moral obligations towards God and humanity.

Let me give a clearer perspective. As a real estate professional working closely with state and global stakeholders, I can tell you where Lagos is headed but that’s a talk for another day. What I need to draw out for now is that it isn’t going to be palatable for those who want to maintain a poor and weak status. Hard Truth.

With 6,000 people coming into Lagos everyday, an alarming migration of 2,160,000 (Two Million, One Hundred and Sixty thousand) people per year, something drastic will be happening in the real estate industry to maximize the small land available for the 20+ million residence.

It’s a common sensical solution we developers adopt by instinct and it is to begin to build upwards into the air (i.e. Towers and apartments) while we work with the government to expand roads, and provide other social amenities typical of model urban centers.

In this venture two forces make the decision and a wise developer knows he has no say in the matter. These forces are the government and the investor.

Lagos state government has a dream of turning Lagos into a smart city and that’s the only reasonable and progressive thing to do. But who would the city be built for? Unfortunately, the government has little say in determining this aside from their regulatory attempt

The second force, i.e the investors by virtue of their vested interest in the highest returns possible, determines who we the developers must build these smart cities for; it would be for the highest bidder. And because of the outrageous demand of quality formal housing by an ever increasing population, prices would continue to soar and it would be a matter of the survival of the fittest.

Lagos would therefore be only affordable to the rich and middle class. The poor who would survive this change are those who would evolve by upgrading their skills, orientation and ability to earn more to afford the formal lifestyle that Lagos is becoming.

Others who don’t meet up are either going back to the village, neighbouring towns and states or perch in the hazardous slums that may be found left within the city.

This is the future of Lagos and the fate of the poor.

Those with a heart for the poor may take it upon ourselves to orient the poor and help as many as possible move upwards the middle class ladder, encourage migration back into less crowded, less competitive towns where agricultural and manufacturing jobs can be created. But fighting for the poor in a place where by all indication, they would never be welcome is like trying to cut down a tree with a blunt cutlass.

Leave a reply Click here to cancel the reply